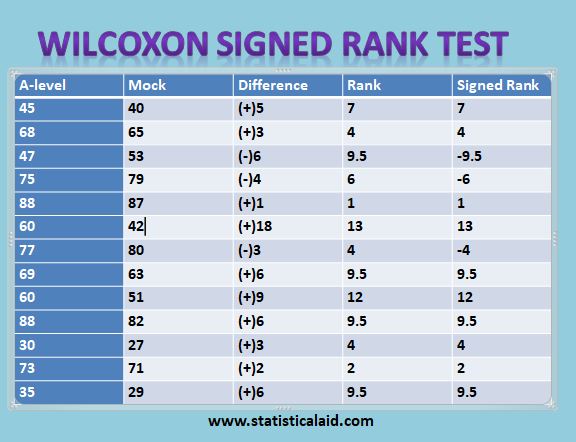 We want to test the following hypothesis :

Firstly we find the difference, 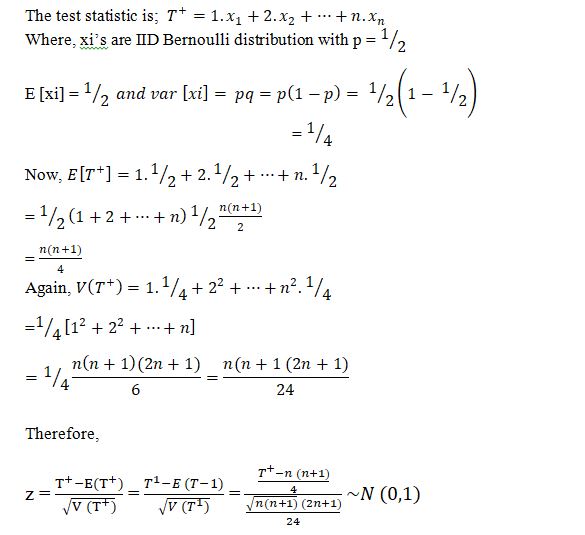 Comment:  If the calculated vale of z falls in the critical region then we may reject our null   hypothesis /H0 ; Otherwise we may accept it.

How to perform the test?

Let, we have two scores: math score and physics score.

Step-1: Subtract physics score from math score to get the differences:

Step-2: place the differences in order and then rank them. Ignore the sign when placing in rank order.

Step-4: Calculate the sum of the ranks of the negative differences (W– ).

Step-5: Calculate the sum of the ranks of the positive differences (W+ ).

And Finally, follow the above test procedure to find the result.

According to wikipedia, there are some limitation of wilcoxon signed rank test. They are: when the difference between the groups is zero, the observations are discarded. This is of particular concern if the samples are taken from a discrete distribution. In these scenarios the modification to the Wilcoxon test by Pratt 1959, provides an alternative which incorporates the zero differences. This modification is more robust for data on an ordinal scale.