The sign test is the oldest of all non-parametric tests. and it is so called as usually covert the data for analysis to a series of plus and minus sign. The test statistic consists of either the number of plus sign or the number of minus sign. According to wikipedia, “The sign test is a statistical method to test for consistent differences between pairs of observations, such as the weight of subjects before and after treatment.” 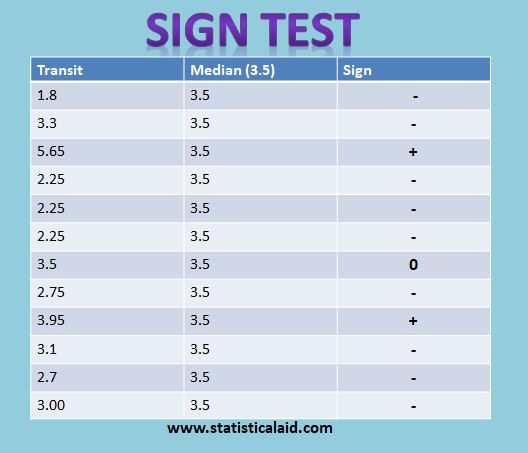 We want to test the following hypothesis.

Since, the population is symmetric about μ. Then the probability of sample value exceeding the mean μ and the probability of a sample value less than μ are both 1/2 , get the difference, (xi-μ0); i=1,2,…,n. Put (t) sign if  (xi-μ0) > 0 and minus sign if  (xi-μ0) < 0 for some i. If,  (xi-μ0)=0 then  simply discard it from the analysis and n is reduced accordingly. Note that under H0, the number of plus sign is binomial variance with index n and parameter θ=1/2. 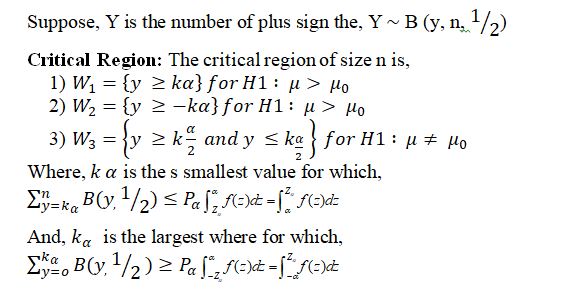 Conclusion: If the observed number of plus sign falls in the critical region, we may reject our Ho. otherwise we may accept ho.

For large sample H0 may be test by, 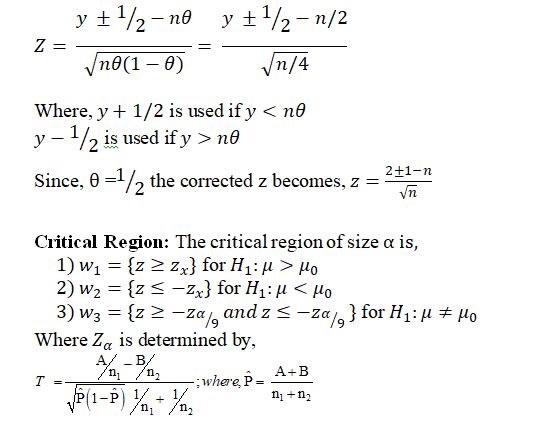 Comment: If the calculated value of  z falls in the critical region then we may reject our H0 otherwise accept our H0.

Spread the love          The median test is one of the simplest and most widely used procedure for testing the Ho that the independent sample have been drawn from the population with equal median value. This process is a non-parametric testing procedure. Assumptions of Median Test There are some assumptions, The date consist of two independent random […]