Procedure for investigating the randomness are based on the number and nature of runs present in a data of interest.

Length of run: The run which contains maximum number of item or symbols is called  length of run. 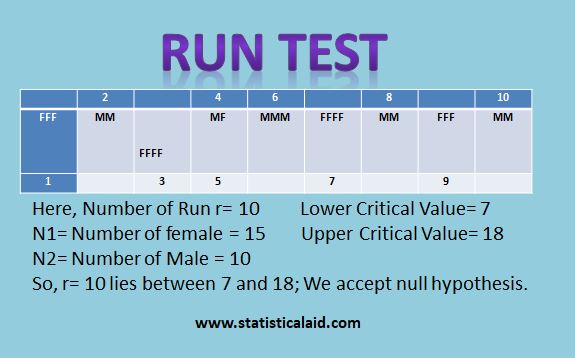 The data given for statistical analysis consists of a sequence of observations recorded in the order of their  occurrence can be classified into two mutually exclusive types.

n1= number of observations in one type.

H0 : The pattern of  accuracy of the two types of observation is determined by a random process.

(because there are too few runs to chance)

(because there are too may runs to be attributed to chance)

r = the number of run

The mean of r from the distribution is, 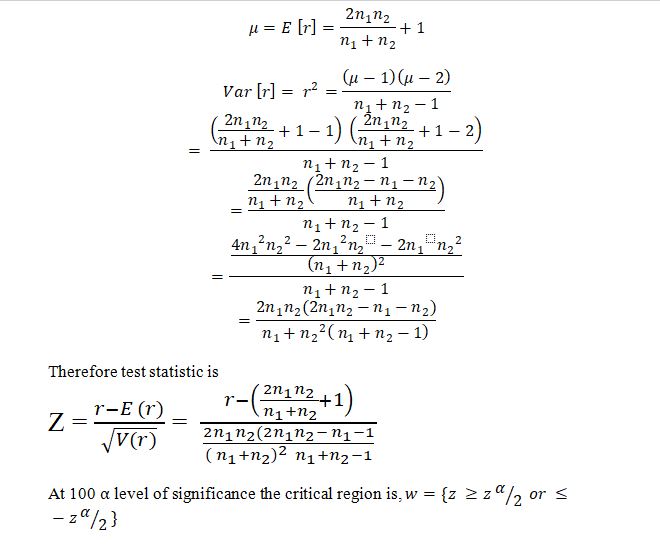 Comment: If the calculated value falls in critical region then we may reject H0 ; other wise we may accept it.

Spread the love          The median test is one of the simplest and most widely used procedure for testing the Ho that the independent sample have been drawn from the population with equal median value. This process is a non-parametric testing procedure. Assumptions of Median Test There are some assumptions, The date consist of two independent random […]