The term regression was first introduced in nineteenth century to describe a biological phenomena, namely that the progeny of exceptional individuals tends on average to be less exceptional than their parents and more alike their more distant ancestors. Francis Galton, cousin of Charles Darwin studied this phenomena. He said that the mean value of a child’s characteristic (such as height, weight etc) was not equal to his /her parents height/weight but rather was between this value and the average value of the entire population. Thus, for instance , the height of the offspring of very tall people (called by Galton, people “taller than mediocrity”) would tend to be shorter than their parents. Galton called this phenomenon ‘regression to mediocrity’.

A regression model where exist one dependent (response) variable and one independent (explanatory) variable.

A regression model where exist one dependent (response) variable and more than one independent (explanatory) variable.

What is standard deviation in regression model? 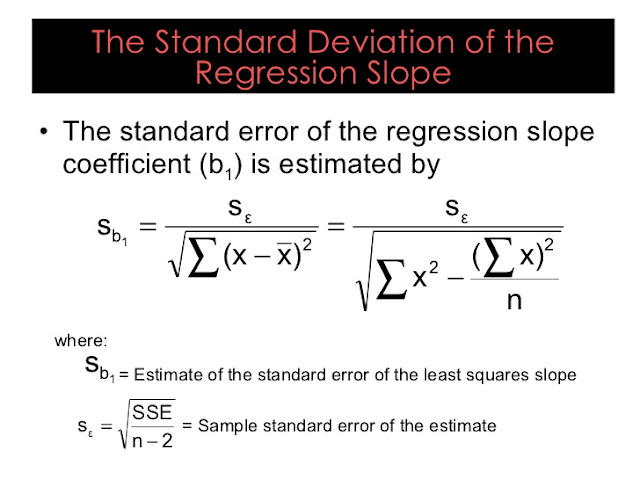 This is common question that everybody asked about regression. In regression model the differences between the regression line and the data at each value of the independent variable is called standard deviation.
And more simply
standard deviation= Root of Mean Square Error(RMSE)