What is bivariate analysis?

2. Now we can see two box named Row and Column and we have to enter one variable into Row box and another into column box and click on statistics.

3. In statistics we have to select chi-square and click on continue.

4. Finally we have to click on OK and then we the see the output window. 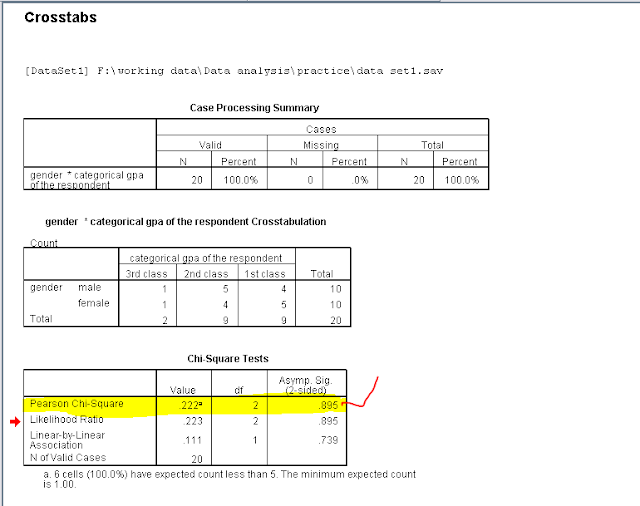