Variance is one of the best measure of dispersion which measure the difference of all observation from the center value of the observations. 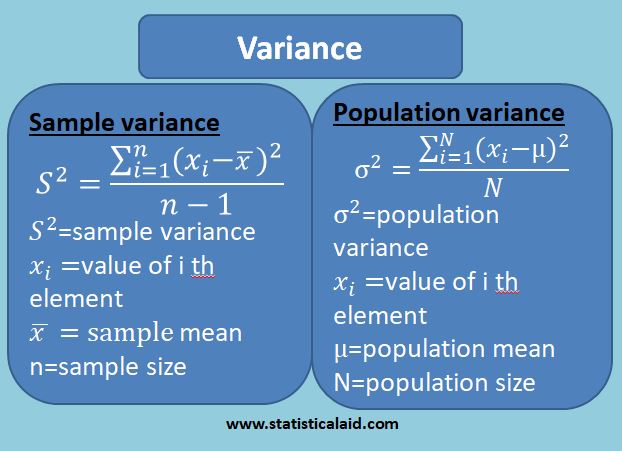 Effect of changes in origin: Variance and statndard deviation have certain appealing properties. Let each of the numbers x1,x2,…,xn increases or decreases by a constant c. Let y be the transformed variable defined as,
where, c is a constant.
Finally we get that any linear change in the variable x does not have any effect on its σ2. So, σ2 is independent of change of origin.
Effect of changes in the scale: When each observation of the variable is multiplied or divided by a certain constant c then there occur changes in the σ2.
So, we can say that, Changes in scale affects and it depends on scale.

Uses of Variance and standard deviation

Spread the love          Skewness and kurtosis are two important measure in statistics. Skewness refers the  lack of symetry and kurtosis refers the peakedness of a distribution.    Skewness Literally, skewness means the ‘lack of symmetry’. We study skewness to have an idea about the shape of the curve which we can draw with the help of […]