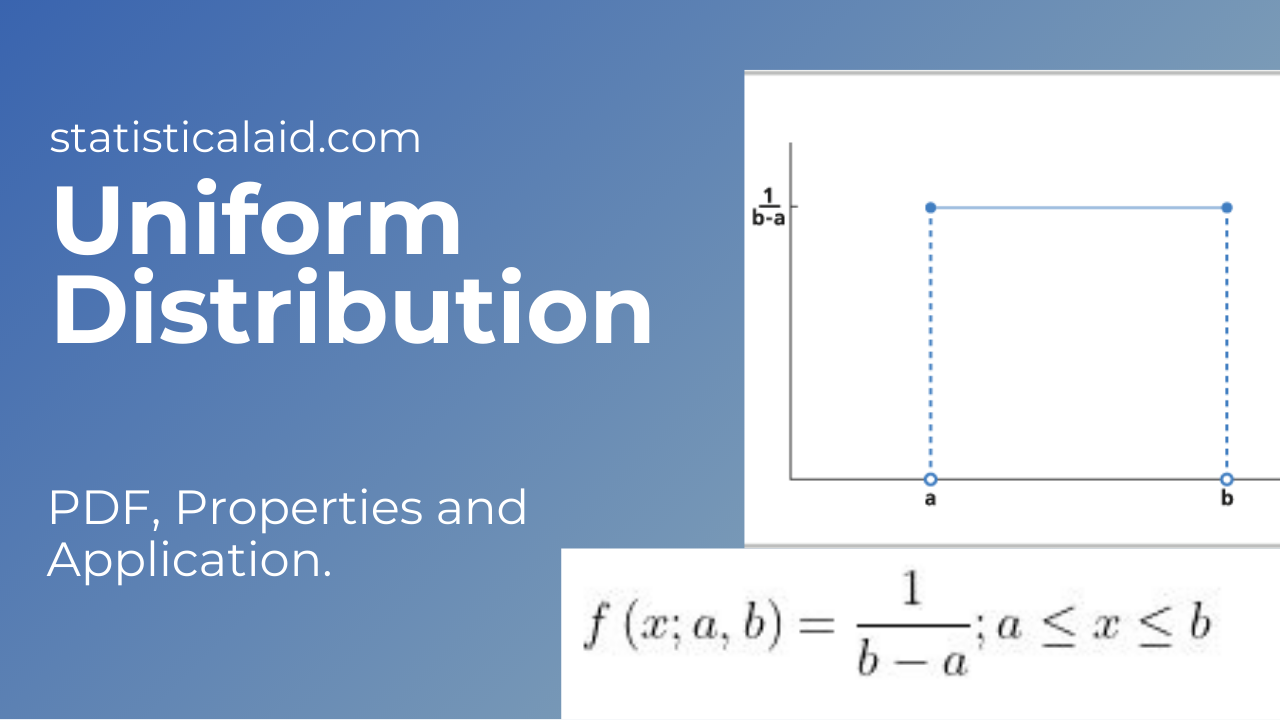 For example, if you stood on a street corner and began handing out $100 bills to any lucky passerby, each pedestrian would have an equal chance of receiving the cash. The probability percentage is 1 divided by the entire number of possible outcomes (number of passersby). Short persons and women, on the other hand, would have a better chance of receiving the $100 note than the rest of the crowd. It’s not what you’d call uniform probability.

While the historical origins of uniform distribution are unknown, it is thought that the name “uniform” came from the concept of equiprobability in dice games (note that the dice games would have discrete and not continuous uniform sample space). In Gerolamo Cardano’s Liber de Ludo Aleae, a guidebook created in the 16th century that covered advanced probability calculus in relation to dice, equiprobability was stated.

There are some impotant properties of uniform distribution-

Some special characteristics of uniform distribution are given below-

Some real life applictions are-

A conventional deck of cards contains 52 cards. Hearts, diamonds, clubs, and spades are the four suits of the deck. A, 2, 3, 4, 5, 6, 7, 8, 9, 10, J, Q, K, and two jokers make up each suit. For this example, we’ll ignore the jokers and face cards, focusing solely on the number cards that are duplicated in each suit. As a result, we’re left with 40 cards, which are a collection of discrete data.

Let’s say you want to know how likely it is to get a 2 of hearts from the changed deck. The chances of getting a 2 of hearts are 1 in 40 or 2.5 percent. Because each card is unique, the chances of you pulling any of the cards in the deck are the same.