“Inferences are steps in reasoning, moving from premises to logical consequences”.

Statistical inference may be divided into two categories. They are-

Inductive inference refers to draw a conclusion about a small part of the phenomenon and generalized it for the whole phenomenon. The research worker performs an experiment and obtain some data on the basis of the data. Certain conclusions are drawn and it is generalized for whole population. For example

Basically, there are two parts exists in a statistical inference. They are- 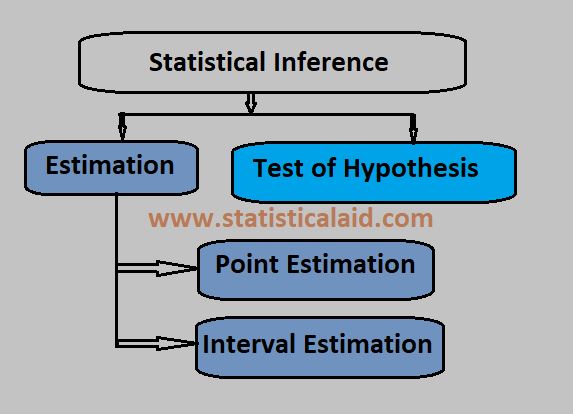 Generally, the estimation is divided into two categories. They are-

Some important methods of inferential point estimation are given below-

Properties of a good estimator

For a good estimator in the sense that the distribution of the estimator is concentrated near the true value of the parameter. The following properties have been developed-

Unbiasedness of an estimator

Consistency of an estimator

Sufficiency of an estimator

An estimator is said to be sufficient estimator of population parameter, if it gives maximum information about the unknown parameter ϴ, ϴ ϵ H [H is parameter space].