Multistage sampling is a sampling method where the population divides into groups or clusters. It is a special case of cluster sampling, sometimes which known as multistage cluster sampling. In this sampling method, significant clusters of the selected people are divided into sub-groups at various stages to make it simpler for primary data collection. 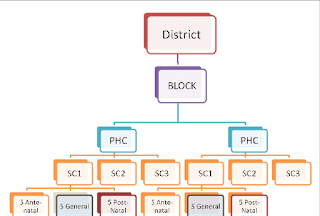 If you divide the population into groups and then sample individuals within each selected group, then you have two stage sample. If groups contain smaller groups you can do a three stage sample, and so on. These are multistage sample. This sampling procedure is called multistage sampling. Its also a probability sampling.

Example-
In reallife we divide a country in severel cities then blocks then household then we collect data from the people of selected household. this is a four stage sampling.
Cities→→blocks→ households→people

There are four steps. They are as following,

·        construction of sampling frames at each lower stage becomes less costly
·        cost efficiency with use of clusters at higher stages of selection
·        Flexibility in choice of sampling units and methods of selection at different stages
·        Contribution of different stages towards sampling variance may be estimated separately
Tagged on: multi-stage random sampling, multi-stage sampling
By Statistical Aid | October 17, 2020 | sampling |