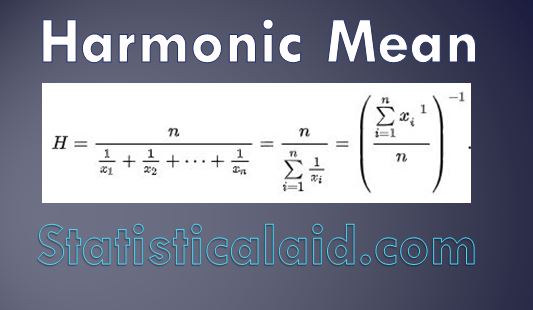 The formula for harmonic mean is,

The arithmetic mean results in a noticeably higher speed. 20 miles at 45 mph would take 26.67 minutes; not a match. Now, let’s try the harmonic mean of the two speeds

When to use Harmonic mean

The harmonic average is suitable when the values are pertaining to the rate of change per unit time, such as speed, number of hems produced per day, contracts completed per year, etc. In general, it is suitable for time, speed, rates, prices, etc.

There are some merits as following,

There are some demerits as following,
Tagged on: harmonic mean formula, marmonic mean, mean
By Statistical Aid | December 1, 2020 | Basic Statistics |