The Geometric mean is a special types of average where we calculate the root of the product of a value of a set of observations. It is usually used to define various types of growth rates such as population growth, interest rates etc. 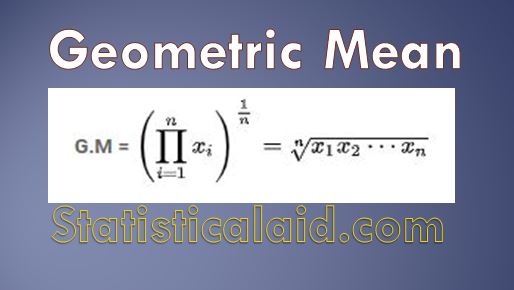 By definition, the formula is as below,

Note: The power of (1/3) is the same as the cubed root 3√. To convert a nth root to this notation, just change the denominator in the fraction to whatever “n” you have. So,

The situation where we use geometric mean

The geometric mean is the most appropriate measure of location when,

It is appropriate for averaging the ratios of change, for average of proportions, etc.

There are some merits as following,

There are some demerits as following,