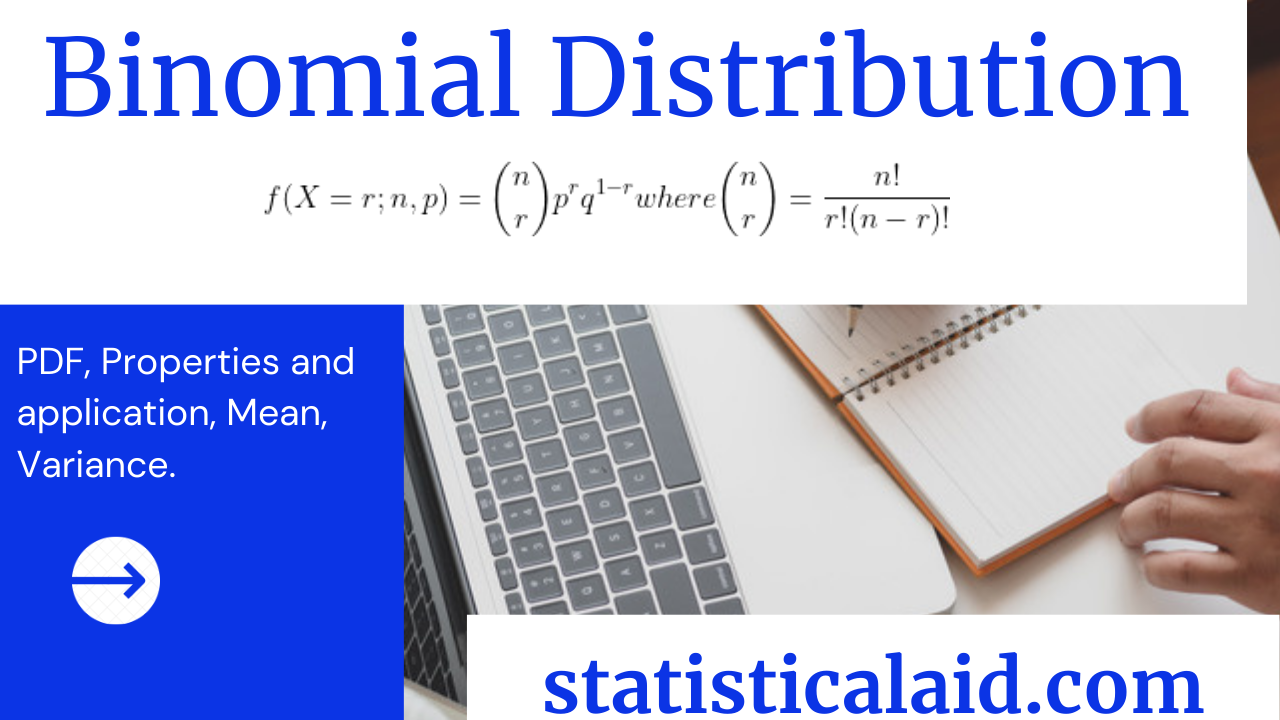 Binomial distribution was discovered by James Bernoulli (1654-1705) in the year 1700 qnd was first published posthumously in 1713, eight years after his death. Let a random experiment be performed repeatedly, each repitition being called a trial and let the occurrence of an event in a trial be called a success and its non-occurrence a failure. Consider a set of n (finite)  independent Bernoulli trials in which the probability ‘p’ of success in any trial is constant for each trial, then q=1-p, is the probability of failure in any trial. 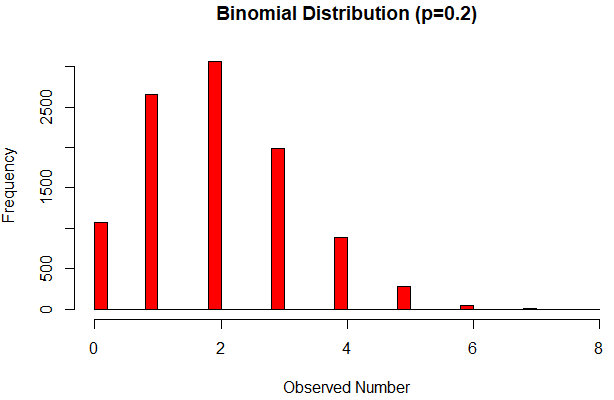 Mean and Variance of Binomial distribution

The mean of the binomial distribution is the expectation of X which is as following,

The variance of the binomial distribution is ,

In practical life we use binomial distribution when want to know the occurence of an event. For example-

There are many, many excellent examples —

Here’s a binomial distribution you can produce yourself… but you can do it a thousand times faster by writing a computer program that generates random numbers.

Flip a coin 100 times per session. Record the number of heads. This number should be close to 50 per session, but it won’t always be 50 exactly. Typically, most sessions will produce results fairly close to 50… let’s say from 40 to 60.

Now, greater divergence from 50 is possible (such as 65 or 35) and will in fact occur, given enough repeated sessions. But the farther you get away from 50, the rarer such results become.

So if you do many of these sessions and chart the results, you will again see the famous “bellcurve”… bulging around the average value (in this case, 50) and then tapering off as you get farther and farther away from the average.

This shape of curve is exactly what the Binomial Theorem predicts and you can see that by looking at the numbers for a row of Pascal’s Triangle, especially rows that are at least five or six down from the top.

Spread the love          In probabilistic statistics, the exponential distribution is the probability distribution of the time between events in a Poisson point process where events occur continuously and independently at a constant average rate. It is a special case of the gamma distribution.   Definition A continuous random variable X is said to have an exponential […]