Mean is the central value of all the observation which are included in a study. There are various types of mean exist. They are arithmetic mean, geometric mean, harmonic mean etc. 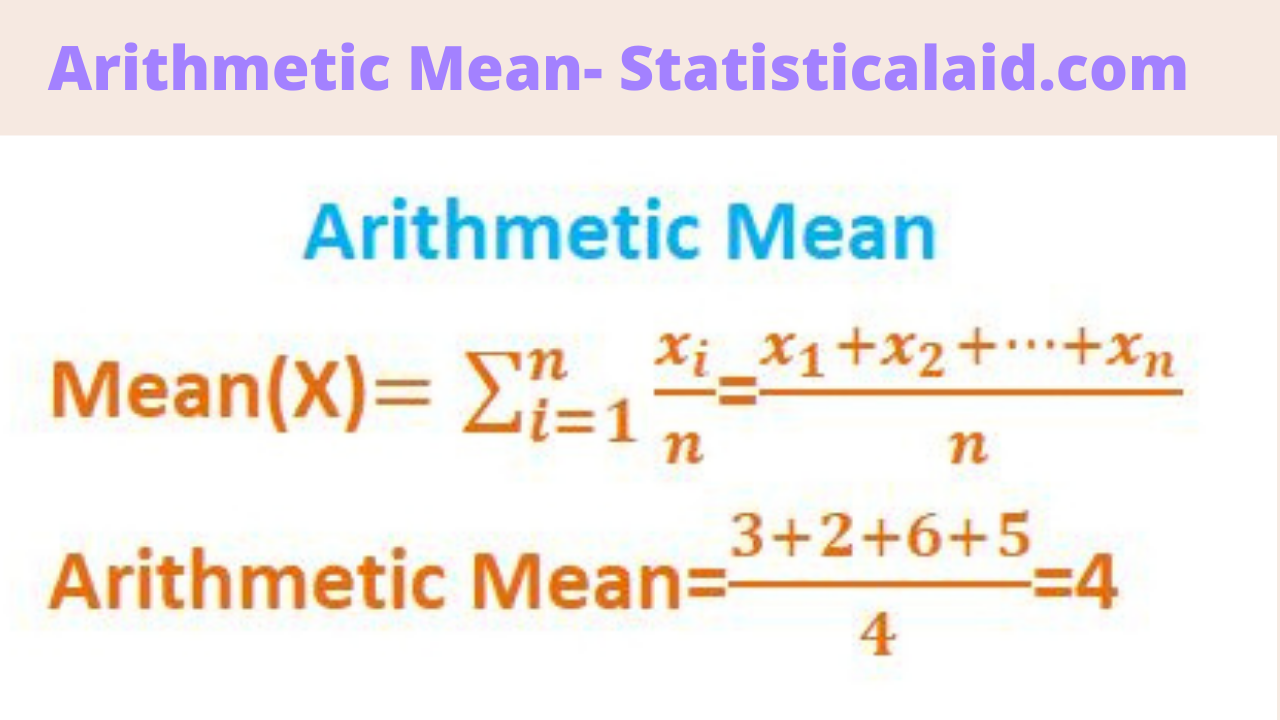 The arithmetic mean of a set of data maybe defined as the sum of the values divided by the number of values in the set. Its formula is,

More precisely we can say, The arithmetic mean is an average or central value of  observations obtained by summing the observation and divide them by the number of observations. This is the simplest measure of the measure of central tendency. We conduct arithmetic mean of numerical statistical data which are representative sample of a population.

Merits of arithmetic mean are-

For the above demerits , we use geometric mean and harmonic mean instead of arithmetic mean. If the measure of central tendency failed to describe the data then we use measure of dispersion.

The pooled mean is the mean of the data that would be obtained by combining two or more sub-group means into a single mean.